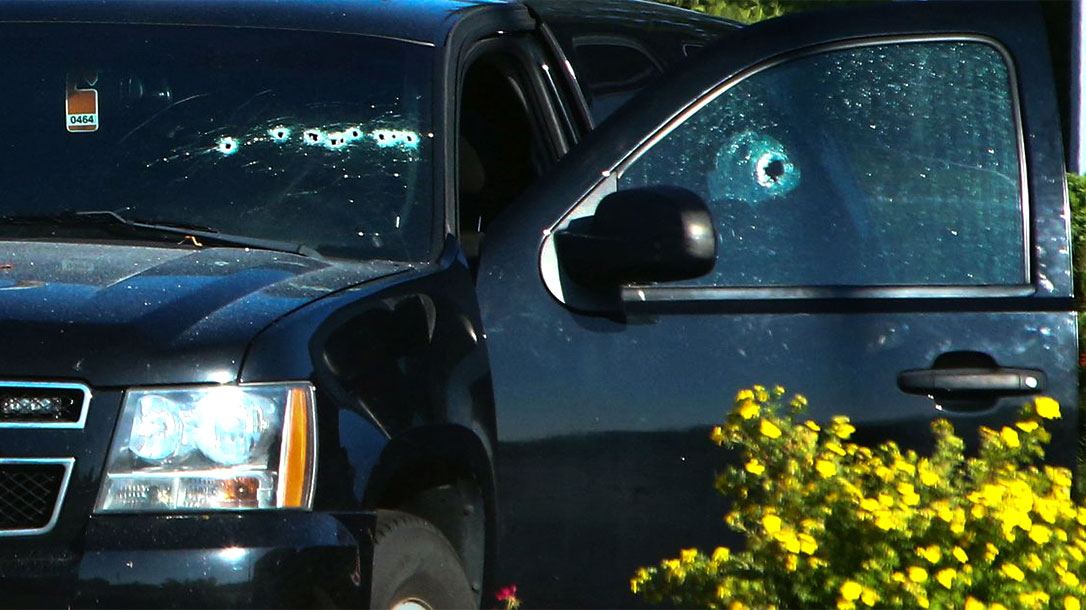 The call for stricter gun control from Democrats fills the news and social media almost daily. Their belief is that stricter background checks and restrictive permit issuing will prevent criminals from getting guns. However, a recent attempted mass shooting in strict gun-controlled Canada calls this belief into question.

I take no pleasure in reporting the recent tragedy that unfolded in Canada yesterday. However, the narrative after any similar event in the US is that mass shootings don’t happen in other countries. Likewise, they assure us that stricter gun control and background checks are the answer. However, this story disproves both claims in an unfortunate way.

“Multiple shooting scenes in the downtown core in the city of Langley with 1 incident in Langley township involving transient victims. Male is described as Caucasian, dark hair, wearing brown Carhart coveralls and a blue and green camo T-shirt with red logo on the sleeve. Associated to a white car. Police have interaction with 1 suspect. Unknown if others involved at this time. Please remain alert and out of the area.”

The attack consisted of multiple shootings around the city of Langley and targeted homeless people. Four people sustained gunshot wounds during the attack before the police killed the suspect. Two victims succumbed to their wounds and two are still in critical condition.

In addition to a heavy presence of police vehicles at the crime scenes, Reuters reports the presence of two SUVs:

“A Reuters witness saw two black SUVs, similar to those used by police emergency response teams, in a ditch near one of the shooting sites. One vehicle had bullet holes in the windshield.”

Reuters also reports, “’We’re still investigating to determine if the gunman had acted alone. While the investigation is ongoing, all indications are that there was nobody else involved and there is no further ongoing threat to public safety,’ Chief Superintendent Ghalib Bhayani of the regional Royal Canadian Mounted Police (RCMP) force said at a news conference.”

The unfortunate tragedy yesterday is not an isolated incident for the country. In fact, just the day before, two people died in a gang-related shooting incident in Whistler Village, in the Province of British Columbia, Canada.

Similarly, in April of 2020, a gunman went on a rampage in rural Nova Scotia, killing 22 people. The attack lasted 12 hours and ended with the death of the suspect.

According to a Fox News report on yesterday’s tragedy, “It is now illegal to possess an unregistered handgun or any kind of rapid-fire weapon in Canada. To purchase a weapon, the country also requires training, a personal risk assessment, two references, spousal notification and criminal record checks.”

Likewise, GunPolicy.org states, “The regulation of guns in Canada is categorized as restrictive.”

Additionally, the site includes, “In Canada, the right to private gun ownership is not guaranteed by law.”

So, it begs the question, if gun control works, why isn’t gun control working? Although the country enjoyed a short decline in gun violence, it’s back where it started and appears to be only going up from there.

It is time for America’s leadership to recognize that violent people will find a way toward violent ends when driven. And they’ll find firearms to carry out their deed, regardless of how difficult you make it. However, law-abiding citizens will be completely defenseless against the rising tide of violent crime if disarmed.

It’s time we start asking, just who are they representing? Law-abiding citizens? Or criminals?