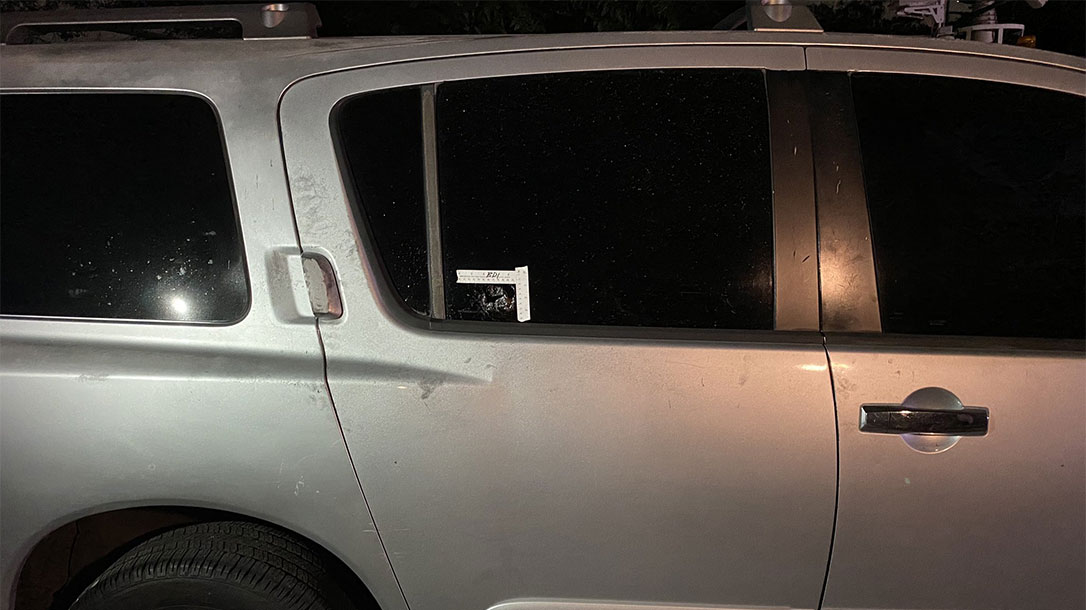 Just after midnight on July 11, 2022, a family returned to their home on the 6800 block of feather creek drive. When they arrived home two 16-year-old suspects had devious plans for the family and attempt to break into the vehicle with infants inside. Not having any of it, the Texas father then shoots the would-be thieves, stopping the attempted robbery in its tracks.

It’s unclear if the suspects were waiting for the family or if it was just a case of bad timing. However, when the family pulled up to their home, one suspect opened a rear door where the two infants were located. Fearing for his family’s safety, the father aimed his legally owned firearm through the rear window and opened fire.

According to a Fox News report, “’The adult male feared for the safety of his family and fired shots and struck both suspects,’ Sheriff Ed Gonzalez wrote in a statement. ‘The wife was driving and drove away after the shooting to get away from the suspects.’”

Wild surveillance video, first obtained by local news agency KHOU11, shows one of the robbery suspects running down the street. The second suspect remained at the scene, apparently writhing on the ground in pain. Shortly after, the first teen returned, and the wounded suspects entered a private vehicle and were taken to a local Harris County, Texas hospital.

The suspects are in stable condition according to investigators but there is no word regarding potential charges. However, the family is unharmed and there are no current charges pending for the father.

The New York Post writes, “No one in the family was injured. The father is not facing charges at this time as the sheriff’s office believes he was acting in self-defense.”

The Importance of Being Armed

Thankfully the father was legally armed and prepared to protect his family. There is no telling what could have happened if he hadn’t acted so quickly and decisively. Although there is no indication that this was a kidnapping attempt, that doesn’t mean it couldn’t turn out that way.

As crime continues to rise, it is more important than ever to remain armed and continue to practice. Your family’s life may depend on it. Because regardless of what the media wants you to believe, guns really do save lives.