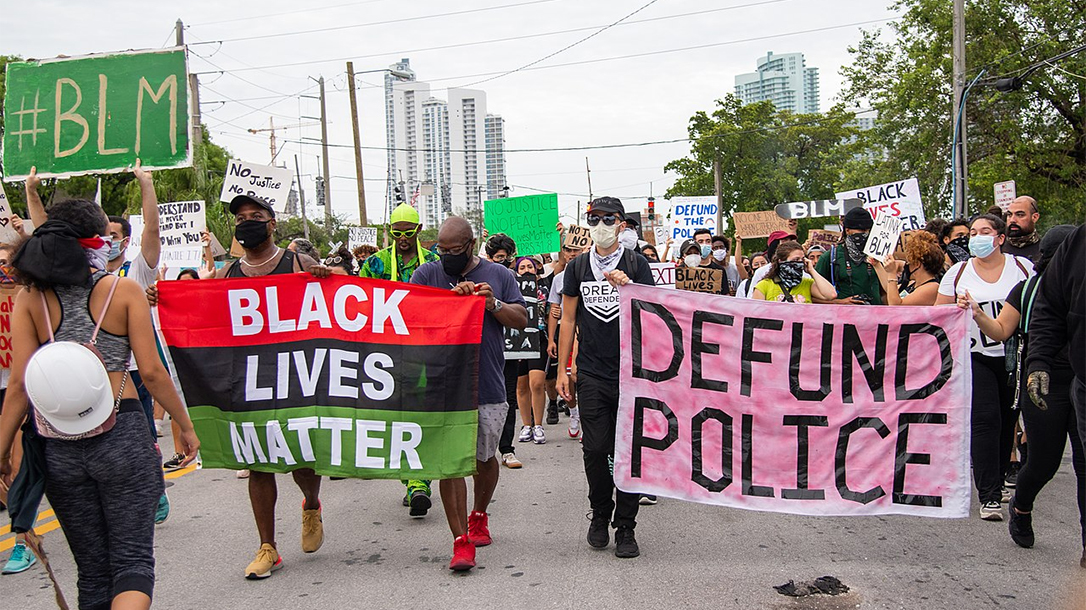 We’ve been explaining for two years now how the so-called “Defund the Police” movement will lead to nothing but higher violent crime and more dangerous streets for lawful citizens of the United States. Now, Seattle is proving that prediction to be spot on in a very tragic way. As a result, public safety is at risk.

According to an internal memo from Sgt. Pamela St. John of the Sexual Assault/Child Abuse Unit to Chief Adrian Diaz, the unit will no longer be investigating sexual assaults if they don’t involve a child. Yep, you heard that right. If you’re over 18 and are the victim of rape by a violent predator in Seattle, police won’t even look into the crime.

“The community expects our agency to respond to reports of sexual violence, and at current staffing levels that objective is unattainable,” St. John wrote.

While police leaders try to downplay it, some members of the police force are talking about it to the media. Police insiders actually told news channel kuow.org that adult rape cases have been moved to the back burner. As a result, in March not a single such case involving an adult victim was assigned to a detective.

Most Personldefenseworld.com readers will likely remember when the widespread Black Lives Matter riots were in full swing two summers ago. Seattle was one of the Democrat-run cities that acted like everything was normal. Likewise, they attempted to make us believe that all that was happening was a series of “peaceful protests.”

The mayor even had police give over a six-block section of the city to violent rioters as an “autonomous zone” for an entire month. During this time, the suspension of the criminal justice system allowed anarchy to reign supreme.

Of course, those in charge of CHAZ (Capitol Hill Autonomous Zone) presented the local government with a list of demands. The demands concerning police reform didn’t include defunding police, but complete abolition of the police.

Mayor Jenny Durkan was completely in favor of the “autonomous zone,” which was supposed to be a police-free, self-governing utopia. Once referring to CHAZ, Durkan even said the zone could herald a “summer of love.”

She even ordered police to abandon a nearby precinct headquarters, and rioters promptly took it over.

Of course, it wasn’t long before deadly shootings in the zone, on consecutive nights, killed a few too many people and led to the downfall of CHAZ. Its attempts to decry police violence only led to civilian violence. This gave us our real first glimpse at the results of the “Defund the Police” movement.

Like some other large cities, Seattle decided against abolishing the police force, but eventually took funding away from police. As a result, the city cut the 2021 budget by nearly $35.6 million from 2019.

A year later, they cut the budget again by another $7 million.

Currently, the department is losing officers at a much faster rate than it can replace them. Additionally, many officers are quitting or retiring due to their limited ability to do police work. Instead of seeing reduced crime, the resulting fewer police visible in tough neighborhoods has further emboldened criminals.

That brings us back to female Seattle residents now facing the mean streets. They know that following a rape, their attackers won’t even face an investigation by law enforcement. Has there ever been a better reason to carry a concealed firearm for self-defense than that?

Likewise, with black communities typically hit hardest by these policies, it’s not surprising that many black people are buying firearms in record numbers.

In truth—and many Americans in Seattle and elsewhere don’t know this—courts have ruled multiple times that the police officers don’t have any duty to protect individual citizens. The 1981 case Warren v. District of Columbia actually set a precedent that has been upheld a number of times.

In that case, two attackers repeatedly raped and brutalized three women in a Washington, D.C., rooming house. Two women on the third floor who were hearing an attack downstairs called the police, and officers responded but didn’t enter the building.

The two women called police a second time, but no officers were dispatched. Thinking they heard police downstairs, they came out of hiding and were discovered by the attackers, who spent several hours raping all three women.

Ultimately, the court ruled against the plaintiffs based on, “the fundamental principle that a government and its agents are under no general duty to provide public services, such as police protection, to any particular individual citizen.”

You Are Your Own First Responder

In the end, we are all our own best first responders. As such we have every right to carry the means with which to protect ourselves from violent predators. Crimes typically happen in seconds while police are minutes away. They only show up to pick up the pieces and determine who committed the rape, murder or other atrocity.

The vast majority of the time, you’re the only person who can actually help in a real time of need. This is especially true in a city adhering to the Defund the Police narrative.