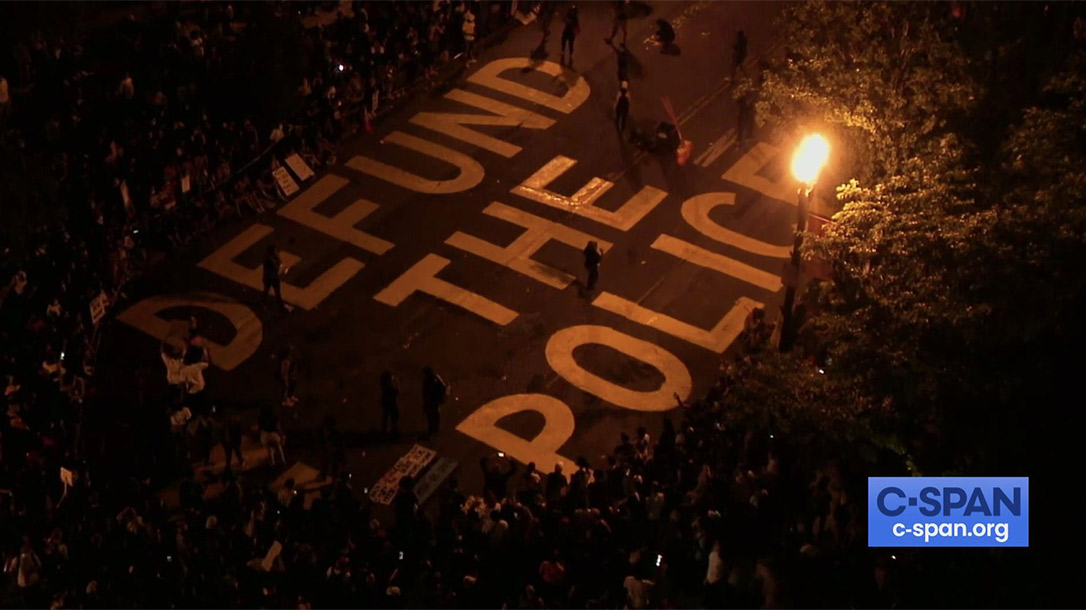 Democrats can try to walk it back all they want but we all remember the chants to defund the police. We endured a steady year of anti-police protests, riots, and demonstrations. They burned down police departments and Democrats marched with the “Defund the Police” movement. We will not forget the complicity of the Democrat party. Nor will we overlook the fact that police officers are dying at an increasing rate under President Biden as a result.

It Is Not Safe for Police Officers, Who Are Dying Under the Biden Administration

Democrats love the saying “words are violence,” and they demonstrate that daily, as they whip their constituents into a lather. However, to anyone paying attention, it is clear that it is the left who presents a true violent front. Just take a look at Democrat-run cities. They are devolving into violent dystopias. So, what is the Democrat response? Blame guns and police.

It has been almost one year since Biden released a statement memorializing and condemning police, in the same statement:

“These deaths have resulted in a profound fear, trauma, pain, and exhaustion for many Black and brown Americans, and the resulting breakdown in trust between law enforcement and the communities they have sworn to protect and serve ultimately makes officers’ jobs harder and more dangerous as well.”

But is it really all that surprising that he would continue to push this kind of rhetoric?

After all, during his campaign, he took a knee for George Floyd and stated, “We all need to take a hard look at the culture that allows for these senseless tragedies to keep happening.”

The statement came just after saying that in the first 100 days of his Presidency he would create a national police oversight commission.

For all of their talk about words being violence, Democrats sure aren’t short on violent speech.

Remember some of these gems leading up to the 2020 election?

“Are you aware of the perception of many about how the power and the discretion at ICE is being used to enforce the laws and do you see any parallels [with the KKK]?” – Kamala Harris, 2018.

“During the campaign, I met frequently with members of the Black Lives Matter movement. This loosely knit organization was successfully educating the nation that in many black communities the police were not there protecting the people, but intimidating them. And time and time again, tragically, cell phone video cameras were recording horrific examples of extreme police brutality, the taking of innocent lives by overly aggressive police action.” – Bernie Sanders, 2019.

“Until we move policing out from the shadow of systemic racism, whatever this particular incident teaches us, we will be left with the bigger problem of the fact that there is a wall of mistrust, put up one racist act at a time, not just what’s happened in the past, but from what’s happening around the country in the present.” – Pete Buttigieg, 2019.

You get the idea; the entire Democrat primaries were one big anti-police sideshow.

Now, personally, I do not believe that words are violence. I was raised during the “sticks and stones may break my bones, but words will never hurt me,” era. However, I do believe that a sitting government can affect the temperature of a country. And as a result, can lead to a reactive mob mentality.

According to Breitbart News, “[60 Minutes host Scott] Pelley reported in 2021 there was a 59 percent increase in murders of police officers with 73 officers killed.”

That is a dramatic increase. It’s almost like something got people all riled up.

To put it in perspective, FBI Director Christopher Wray told CBS News 60 Minutes, “Violence against law enforcement in this country is one of the biggest phenomena that I think doesn’t get enough attention. Last year, officers were being killed at a rate of almost one every five days.”

Think about that. We were taught to respect law enforcement when I was growing up. Now, criminals are so emboldened that they are targeting them and murdering them. Regularly.

I’m just thankful that more police officers have not walked off the job yet, as a result. Because who could blame them?