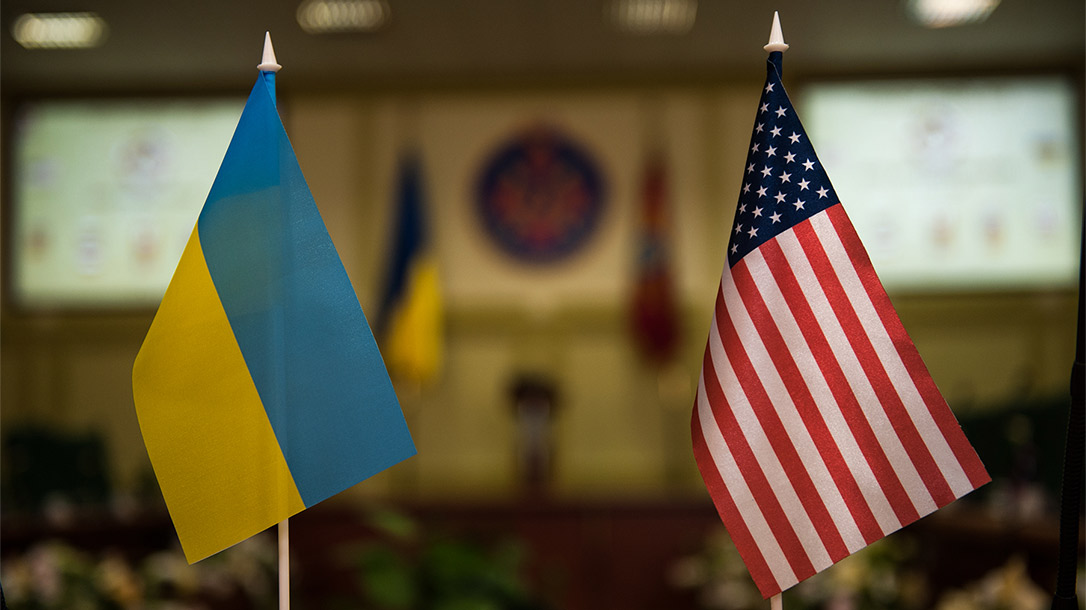 As the war rages in Ukraine, many in the United States seek ways to help aid them in their struggle. For this reason, the NSSF recently spoke with the Ukrainian Embassy in Washington D.C. to better understand what material needs exist. Accordingly, Ukraine needs aid from the firearm industry in the United States to better arm its people in defense of their country.

As we recently reported, the government of Ukraine has been handing out firearms to citizens willing to defend the country. However, that can take a serious toll on munition supplies. Not to mention the number of foreign fighters coming to the aid of Ukraine.

According to a Washington Post report, “Ukrainian Foreign Minister Dmytro Kuleba said in a news conference on Sunday that the number of foreigners who have signed up to fight for Ukraine in its war against Russia is “approaching 20,000,” and that the volunteers are from 52 countries.”

Likewise, a report on the New York Post states, “Ukraine’s Defense Ministry also put out a call for foreign volunteers on Facebook, asking for applicants with combat experience who have ‘citizenship other than Ukrainian, but … are standing with Ukraine against [the] Russian invasion.’”

Consequently, supporting this kind of effort requires a lot of munitions. As a result, the Ukrainian Embassy is requesting donations of the following rifles, pistols, and ammunition:

Filing for the License Application

According to the NSSF, the process for filing the Bureau of Industry and Security (BIS), -U.S. Department of Commerce export license applications is:

Additionally, if you have questions or would like more information as to what to put on the license application or where to send supplies, please contact:

The NSSF has stated that they will alert the industry of changes to Ukraine’s small arms and ammunition requirements moving forward.

Also, from the NSSF post, “The Ukrainian Embassy in Washington, D.C., wishes to express its sincere appreciation to the NSSF and industry for offering to assist Ukraine as it fights for its freedom.”