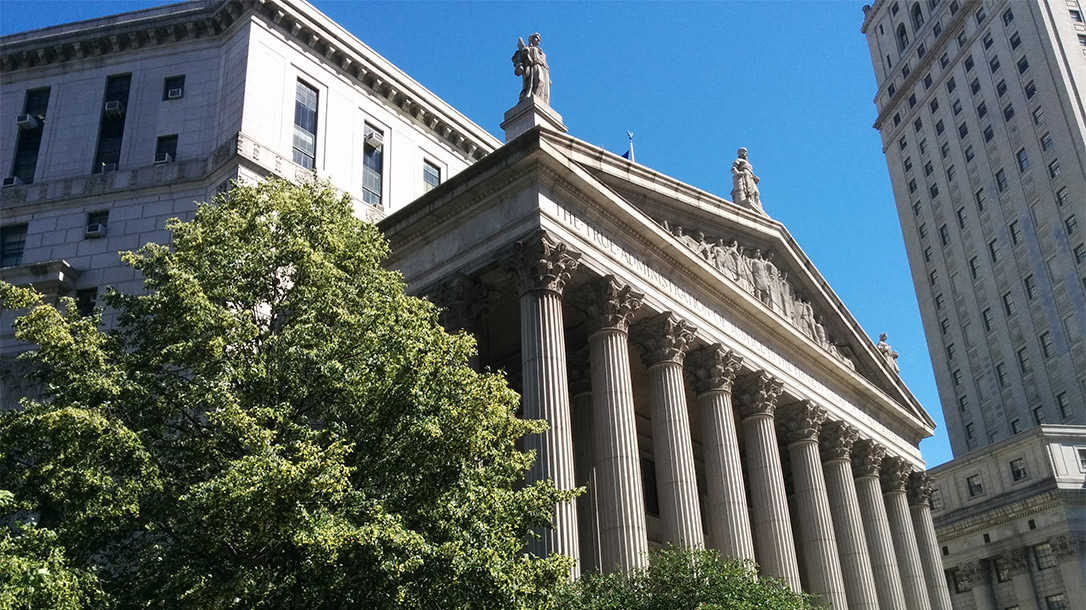 During her 2018 campaign, New York Attorney General Letitia James vowed to target the NRA. She hadn’t even spent one day in office yet and had no evidence of wrongdoing. However, it should be clear to anyone following Second Amendment issues, she was not targeting the NRA, she was targeting gun rights. The NRA was just in her way. Fortunately, a New York Supreme Court judge provided a victory for gun rights, ruling that the NRA cannot be dissolved.

On December 10, 2021, New York State Supreme Court Judge, the Honorable Joel M. Cohen presided over a 2-hour hearing. At the center of the case was New York Attorney General Leticia James’ attempt to dissolve the 150-year-old organization. Dissolution of the organization would be a corporate death penalty.

According to a New York Post report leading up to the case, “AG Letitia James alleges the pro-gun group’s Executive Vice-President Wayne LaPierre and other top brass broke state and federal laws by mismanaging the organization’s funds — contributing to a swing from a nearly $28 million surplus in 2015 to a $36 million deficit in 2018.”

As a non-profit organization, the group may only use the money to further its mission and member interests. However, James alleges that the organization’s top brass used the money to fund lavish personal lifestyles. Everything from private jets and expensive meals to international travel and high-paying contracts for family and friends.

According to a statement from James, “The NRA’s influence has been so powerful that the organization went unchecked for decades while top executives funneled millions into their own pockets. The NRA is fraught with fraud and abuse, which is why, today, we seek to dissolve the NRA, because no organization is above the law.”

However, in his opinion, dated March 2, 2022, Justice Cohen dismissed the case. In the decision, he states, “The Complaint does not allege that any financial misconduct benefited the NRA, or that the NRA exists primarily to carry out such activity, or that the NRA is incapable of continuing its legitimate activities on behalf of its millions of members.”

He further states, “Moreover, dissolving the NRA could impinge, at least indirectly, on the free speech and assembly rights of its millions of members. While that alone would not preclude statutory dissolution if circumstances otherwise clearly warranted it, the Court believes it is a relevant factor that counsels against State-imposed dissolution, which should be the last option, not the first.”

According to NRA President Charles Cotton, “This is a resounding win for the NRA, its 5 million members, and all who believe in this organization. The message is loud and clear:  the NRA is strong and secure in its mission to protect constitutional freedom.”

The NRA response goes on to state, “In addition to the dissolution claims, the court also dismissed claims by the NYAG against the NRA for unjust enrichment and violations of the Prudent Management of Institutional Funds Act.”

Not Out of the Woods

Although the ruling is a win for NRA members, its leadership is not out of the woods yet. Following the ruling against dissolution, Justice Cohen will allow much of the remainder of James’ lawsuit to go forward.

According to another New York Post report, “In total, Cohen tossed four of the AG’s claims against the NRA. Still, 14 other claims may move forward, the decision said.”

According to Justice Cohen’s decision, “The remedy of dissolution is, in the court’s view, disproportionate and not narrowly tailored to address the financial malfeasance alleged in the complaint, which is amply covered by the Attorney General’s other claims.”

However, the NRA holds that this is nothing more than a political attack on the First and Second Amendments.

According to the New York Post, “Earlier in the hearing, NRA lawyer Svetlana Eisenberg had argued, ‘If [James] went after the NRA because she disagrees with its political speech and that was a substantial motivator for what she did — that is a First Amendment violation.’”

Additionally, the NRA made a statement on Twitter regarding the suit:

Whatever the case, this has all the hallmarks of a politically motivated AG advancing gun control through judicial means. Time will tell whether the allegations are true or false. But we still live in a country where you are innocent until proven guilty.

If the claims are true, it’s nice to know that Judge Cohen ruled in favor of the members of the NRA by ruling that it cannot be dissolved. There is still hope for the organization and it could just come down to a shakeup in the boardroom.

As usual, we will continue to monitor the situation.