We’ve all seen the movies. You know, the ones where the sniper lines up a shot at a target located hundreds of yards if not miles away, snaps off a shot in high wind and hits the bad guy, saving the world — again. It seems like a pretty rewarding and exciting line of work, right? But as is the case in most things, reality differs greatly from fiction.

How do you separate what’s real and what’s fake in the mysterious world of snipers? Do you believe what you see in the movies? For my part, I decided to talk to someone who knows more than a little about the subject — Grant Lavelle, GunSpot’s chief instructor and owner of Maximum Life Expectancy firearms training group.

We decided to sit with LaVelle and ask him some questions about what it’s really like to be a sniper and share some stories with us about his real-world experience.

When I brought up the subject and asked LaVelle what got him into the world of sniping, he explained that he really had his appetite whet for learning about sniping upon his leaving the USMC.

He had spent some time with a sniper platoon on his way out, and it really got him interested in the subject. Once he left the service, he moved on to law enforcement and eventually landed at the agency where he would spend the next 20 years.

“Once I was in, I soon found myself on the SWAT team, and I spent the bulk of my years there as a SWAT sniper,” Lavelle explained.

The conversation soon turned to the topic of how snipers are presented in movies, and how accurate (pardon the pun) they are. “Films like ‘Shooter’ starring Mark Wahlberg are not the norm,” said LaVelle.

“The short answer is ‘no’, they are usually not even close. While these movies have lots of action, more times than not the job involves intelligence gathering,” continued LaVelle. “Whether it’s military or law enforcement, it’s really the same thing. You’re there to not be seen, and when you’re ‘invisible’ you get the best intelligence.”

“Ultimately, you’re an intelligence gatherer first. You’re a resource for leadership, whether it be SWAT leadership or a battalion commander. You’re there to give them eyes and ears on whatever battlefield you’re at,” he stated.

My next question for LaVelle was regarding the longest shot he ever took in the sniper role. I’ve seen him shoot at incredible distances, so I know long-range precision is in his skillset.

“It was 62 yards,” Lavelle stated quickly. “This is probably a little bit above the average distance of a police sniper engagement. There have been some longer shots for sure, but those are extremely rare. Those 62 yards for me was from one street across an alley to a house on the next street over.”

He went on to explain to me that this longer distance was only because that was the only place he could set up. LaVelle made it clear that the visions we imagine of snipers having to take out a threat from 700 yards to a mile away are not very realistic for the vast majority of occurrences. Although there are shooters who could do it and actually have, it’s not at all common.

My next question for LaVelle was how many shots he has taken in the line of duty as a sniper. I learned that in his nearly two decades as a SWAT sniper, he took a total of two shots. The first was against a suspect who had armed and barricaded himself after attempting to kill his wife. A responding officer was fired at by the suspect but was able to pull back and call in SWAT.

Over the course of four to five hours, the subject fired about 40 rounds at the officers. “The subject was actually pretty savvy in the way he maintained his cover and concealment,” said LaVelle. “No one ever actually saw him as he was shooting at us over those several hours. That is, until that one time he exposed himself and I shot him,” continued LaVelle.

The second shooting in which LaVelle was involved happened very fast. A murder suspect had taken a hostage, and LaVelle rushed to the scene to respond. He deployed his rifle as fast as possible and took the shot before the subject was able to get the hostage inside a local hotel.

My last question for LaVelle was about what advice he might give to someone looking to get into this line of work, whether it be for the military or with law enforcement. His response? “Take all the posters off your wall. Paint that wall and then sit yourself 6” to 8” away and stare at it until the paint dries. If you enjoy that, then you’re going to be cut out for the task.”

While this might sound like a bit of a joke on LaVelle’s part, the point he wanted to make was that being a sniper is more than just being a shooter. You are a gatherer of intel, a watchman and a leader. It’s not glamorous, and it’s not like it is in almost all the movies you see.

You’ll lie on your belly in the mud, the rain, snow, and over the top of hot asphalt in August. You will be the first one deployed, just to possibly lie in wait for hours or even days while the rest of the team prepares to carry out the objective.

“It definitely requires someone who is mature and patient and willing to tolerate all that. At the same time, you have to physically beat your body into submission to do the things that any high-performance athlete needs to do,” said LaVelle.

“Sometimes you have that stereotypical SWAT sniper callout where you are stationary for hours leading up to the shot — or no shot at all. Other times, you’re grabbing your rifle and quickly throwing it over the hood or sprinting to a location and letting a round fly in a matter of seconds,” he said.

“When the excitement comes. it comes with a boom. It can go from nothing to everything in the blink of an eye.” 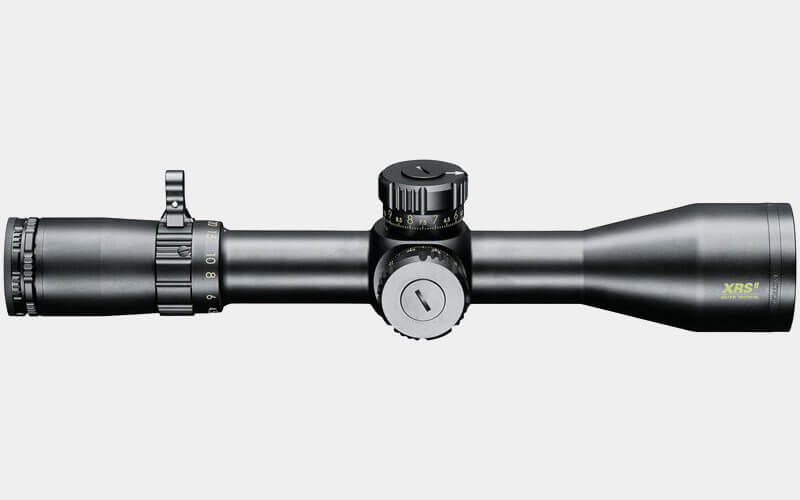