When it comes to defensive handguns and how we use them, there is nothing in the past decade that has had as much of an impact as the slide-mounted red dot sight.

One of the things I appreciate about Springfield Armory is that they are very in tune with what is happening in the firearms industry. I’ve had the opportunity to watch as Springfield has worked to both respond to and at times drive the train as to new directions and developments in the defensive firearms market.

The new XD-S Mod.2 OSP 3.3″ in .45 ACP we are reviewing here today is a perfect example of Springfield and its progressive approach. It is a gun that delivers today’s cutting-edge defensive firearms technology in a very affordable package.

OSP: The Eyes Have It

OSP is an important set of initials when it comes to the XD-S line of handguns. It stands for “Optical Sight Pistol”, and its meaning is very straightforward. Springfield Armory’s OSP handguns are factory cut for optical sights, which means that for no additional expense other than the optic itself and with no need for complicated gunsmithing work, anyone can have a slide-mounted red dot on top of their pistol.

The pistol is cut with what is known as the “Springfield Micro Footprint”. This means that popular micro red dot sights like the Springfield Armory HEX Wasp (review of the HEX Wasp here), micro red dots from Shield Sights (see our Shield RMSC review here), the Crimson Trace red dot (available packed with this pistol) and more fit the footprint. In addition, this footprint allows the optics to direct mount to the slide without any kind of adapter plate.

Direct mounting, whenever possible, is certainly the way to go. It has fewer parts to fail as it eliminates the plate and any fasteners used to join the plate optic and pistol together. Just as important is the fact that the elimination of the plate itself helps to lower the optic. A red dot that sits lower has less offset to deal with and presents a smaller overall package. This is a win for both ease of carry and simplicity of actually shooting the handgun. It also allows for the ability to co-witness with iron sights, as is the case with this pistol and the optional Crimson Trace optic.

As noted, the XD-S Mod.2 OSP is available with or without an optic. The complete package includes a Crimson Trace dot (and we will dive into that in a bit.) Your other option is to simply purchase the handgun itself and mount the optic of your choice (I’m a fan of the HEX Wasp due to its durability in this torture test.) The optical sight cut is covered with a removable plate for a smooth traditional look. If a red dot sight isn’t for you, simply run the irons and get to work. Either way you go, the XD-S Mod.2 OSP 3.3” .45 ACP has you taken care of when it comes to sighting systems, optical or iron.

When it comes down to metallurgy, Springfield Armory isn’t here to mess around. This pistol has a forged slide and hammer-forged 3.3” barrel. The end result from forging is steel with increased density. This provides an increase in overall strength.

A handgun’s gripping surface is always critical. The grip is the interface between you and the pistol and it impacts everything. The XD-S Mod.2 has a great grip in my opinion. The size is just right for me. The finger grooves work well for me and for shooters with both larger and smaller hands. The texture offers plenty of area and grip to allow for recoil management. Remember, this is a .45.

For capacity, the XD-S Mod.2 OSP 3.3” .45 ACP ships with a flush-fitting mag with a 5+1 capacity and an extended mag with a 6+1 capacity so you are able to tune both the capacity and the length of the grip to your needs. Also, the magazine release is fully ambidextrous. No need to swap or reverse it.

We have already covered the optical sight compatibility, but the factory irons are important to consider as well. The sights on my XD-S are composed of a simple, black serrated U-notch like rear sight and a front sight post with a white dot. The sights were completely capable, and most importantly they are able to serve as back-up irons with several of the direct-mount sights including the optional Crimson Trace and also the HEX Wasp.

Like all the XD series striker-fired pistols, the XD-S Mod.2 OSP 3.3″ .45 ACP is fitted with a grip safety. This passive safety is of an extended nature, which helps to ensure that it will be depressed when you need your gun to fire.

By now it should be pretty obvious that the pistol is chambered in .45 ACP. Now, I have to say up front here that I am a 9mm guy. I like the terminal performance of 9mm, especially when it is coupled with the reasonable recoil and increased capacity. At the same time, I’m all about options. There isn’t any concern about stopping a threat with forty-by-God-five. Get your hits, and modern hollowpoint ammunition is going to do its job.

Of course, there is no free ride. For everything you gain, there is a trade-off, especially in the 9mm vs .45 debate. When you select .45 ACP as your caliber, you need to be ready for a bit more recoil and a reduction in capacity. That being said, the recoil is incredibly mild for a pistol this size chambered in .45 ACP. I never felt like the gun was snappy or that the recoil was oppressive when firing it. It was a firm push. I can handle that.

My assignment on this new set-up was a pretty quick turnaround, and frankly, my supply of .45 is a bit limited these days. However, the optional Crimson Trace Red Dot I tested with the pistol seemed to take everything I could throw at it. I tested it on both the .45 and a 9mm and I had zero issues. I shot in full sunlight and on overcast days and I was able to see the dot at all times. In addition, I played with the dot in bright light, in the dark and with a powerful handheld light. I was able to pick up the dot at all times unless I was looking directly into a bright light.

The body and the lens of the optic are polymer as compared to the aluminum body and glass lens construction of the HEX Wasp. While probably not as tough as the Wasp, with several hundred rounds through the gun with the red dot I can surmise that it should hold up well. The good news is that if you run into problems, your irons are ready to go. The red dot has a sight channel built-in so that you can easily reference your iron sights if your dot goes down.

I enjoyed shooting the XD-S Mod.2 OSP 3.3″ .45 ACP. It was pleasant to shoot, accurate and reliable. Overall, it is clearly a capable package for folks that weigh in on the .45 side of the caliber argument. And as much as I like shooting the new XD-S, I like what it says about Springfield even more.

Hang with me here for a second… When slide-mounted red dot sights started to gain traction among defensive shooters, it was a huge commitment. If we simply look at it from a money standpoint, the concept was cost-prohibitive. Think about it.

That weeded out the majority of folks. Today, on the other hand, we have Springfield Armory doubling down on taking red dot sights mainstream. If you want an XD-S, it’s gonna be an OSP. They all are. If you skip the sight, the MSRP on this pistol is just $450. If you want the optic on it, it’s just $550. And for the same pricing, Springfield has also released a 4” 9mm version of the pistol (keep an eye out for my review of that one here soon). Sounds like a couple of winners to me! 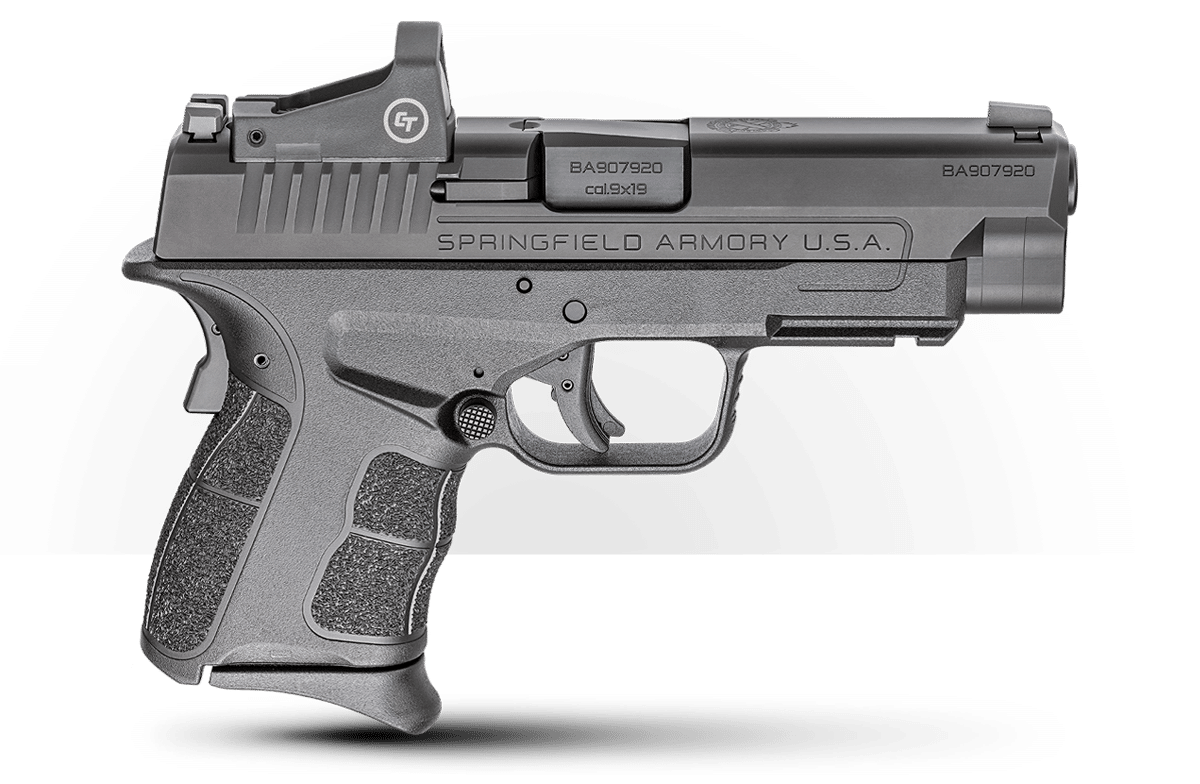 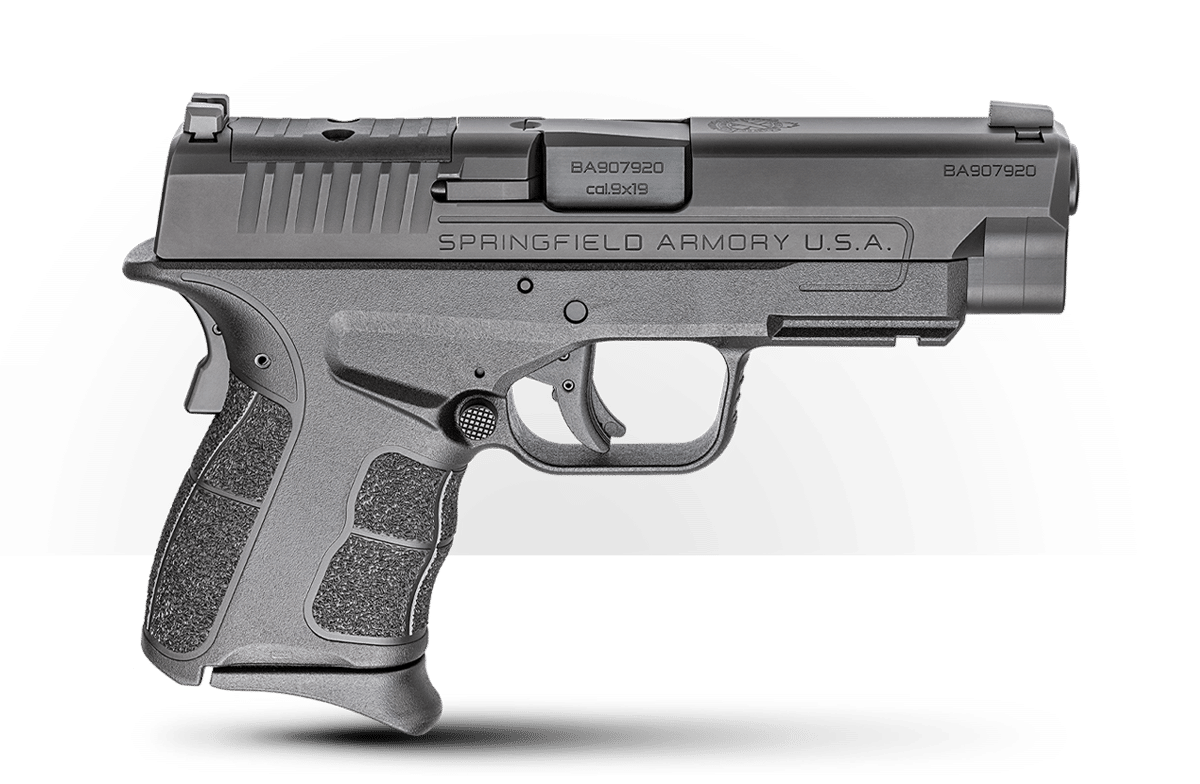