Guns for preppers is a big topic. There’s the discussions about what the longest-lived guns are, the best caliber and so on.

What are you ultimately looking for? You want a firearm that can fulfill the most roles as possible in terms of protection and food gathering. It should be common, it should be durable, and ammunition should be readily available. You should either have few needs for parts or should be able to find parts easily should the gun break.

There are some firearms that definitely meet these criteria, so what are some of the best choices among them? Let’s go ahead and get into that.

First, we’re going to deviate from the conventional wisdom by picking the Henry Rimfire Lever Action and NOT the Ruger 10/22.

The quick version is that lever-action rifles are mechanically simpler, with fewer moving parts. Also, anyone who’s ever owned a Ruger 10/22 will tell you how finicky the magazines can be. Henry rifles are very durable, and – unlike the 10/22 – can be had in .22 Magnum, which – out of a 19.25-inch barrel – is an absolute screamer. Henry rimfires are incredibly common, so getting backup rifles in case one breaks is not hard to do. Lay in two or three, and you’re set for some time.

Sure, you have to cycle the action, but at typical defensive distances, even .22 LR from a rifle is nothing to sneeze at, and given how easily these guns are to shoot accurately…that makes them more potent than you think at first glance. On top of that, the receiver is tapped for a scope or red dot, so it’s a fantastic small game gun as well. 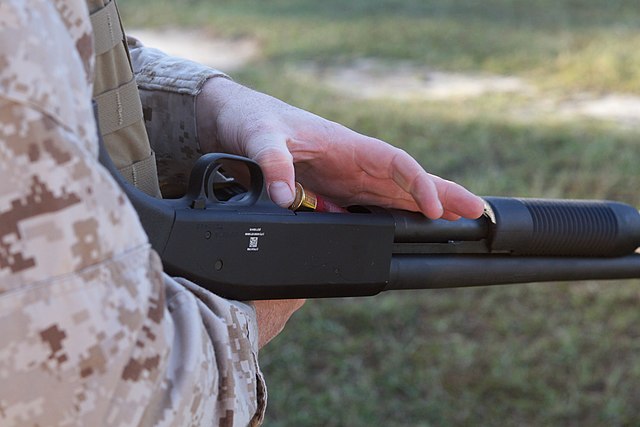 You probably knew a shotgun was going to be in the mix, and we can’t choose between the Remington 870 or Mossberg 500. Each is as good a choice as the other. Both are rugged, reliable, and unbelievably common.

The 12-gauge shotgun is a devastating close-quarters weapon. You can hunt an incredible diversity of game; pretty much everything in North America has been killed by one at some point. If you get one of the combo models of either, you also get a rifled barrel that can send slugs out to 150 yards or more. Either model can be had ready for a red dot or variable optic.

Frankly, no other firearm platform matches the humble 12-gauge for ubiquity, potency and durability. It speaks for itself.

Why the AR-10 over the AR-15? Well, because it’s the best of all worlds as a rifle. It’s a very capable battle rifle and hunting rifle both, as it will put…pretty much any game in North America (or anywhere else) on the ground short of the truly big bears and other dangerous game. Ammo is ridiculously available, as are parts.

While it’s more of a beast to lug around than an AR-15, and so is the ammo, the AR-15 just doesn’t have the same capabilities. And if stuff really hits the fan, multitaskers are the name of the game.