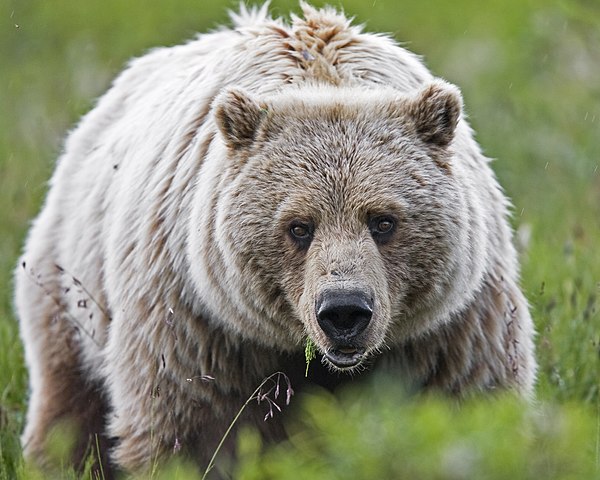 So many people drone on and on about various handguns that can be used as a bear gun. Obviously, bear attacks have been stopped by handguns, so it’s not that it’s completely invalid…but it is that you’re staking your life on the worst tool for the task.

That’s right. We went there. Your 10mm is a stupid choice for a bear gun. So is a .44 Magnum. A long gun is better, and that’s what you really ought to be packing unless it’s impossible to do so.

And why is that?

If You Can’t Hunt Lions With Your “Bear Gun,” You Probably Shouldn’t Rely On It For Bears

Why does a person pack a pistol in bear country? Because bears are big, dangerous animals and you might need to stop one from killing you.

Is there anywhere else in the world where something like that is an issue?

As a matter of fact, there is. And do those people prance around with some stupid 10mm Glock, thinking they’re Outdoor John Wick?

They do not. They are serious people, who don’t mess around, unlike William Joseph Robert William Raymond Steven Raymond Hogwallop.

We refer, of course, to the continent of Africa, and among the fauna there are some really nasty critters that can and do kill people with some frequency (a lot more so than bears, it should be mentioned) including lions, elephants, cape buffalo, hippopotami and more.

And what, pray tell, do those people pack in the bush?

Heavy double rifles and bolt-action magnums are preferred, and the minimum isn’t .357 Magnum; it’s .375 H&H Magnum. And that is, again, the bare minimum; the .375 H&H is widely considered to lack the power necessary to stop most charging animals.

The typical African lion weighs somewhere between 300 to 500 lbs. The typical grizzly bear weighs 300 to 800 lbs. In other words, brown bears are bigger than lions, and people that live in proximity to lions don’t fool around with peashooters.

The point? Only in North America do people think defending themselves against dangerous game with a gun and cartridge that aren’t designed for dangerous game is a good idea. The rest of the world uses the tool that’s actually made for the task.

Pistols Are Harder To Shoot Accurately 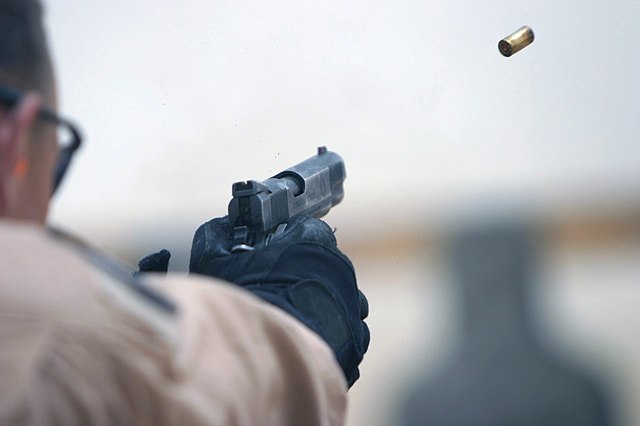 The longer sight radius of a long gun puts the front sight further away from the rear sight, making precise alignment faster and easier to do given how the human eye focuses.

By holding a long gun to your shoulder, rather than just in your hands, less of the gun is supported by just the hands and can therefore be kept more stable. A gun that is more stable, of course, will be more accurately shot than one that isn’t.

Think of it like this: weightlifters can inherently lift more weight using a compound movement (squats, deadlifts, rows, presses) than they can using an isolation movement (curls, etc.) because more muscle groups are involved.

In other words, the more of your body is involved in a physical activity, the easier it is or the greater your capacity will be, which is why it’s easier to fire a shouldered weapon more accurately than it is to fire a handheld one.

And that is incidentally also why the Mossberg Shockwave is a gun for people who don’t actually know how to shoot worth a darn. That’s right, we went there; the fact that a Shockwave was used in the Texas mattress shooting kind of says it all.

And why is any of this relevant?

Well, if you start asking law enforcement or people in any infantry, every single one of them would tell you they’d rather have a long gun than a handgun in a gunfight. Pistols are inherently weak in terms of hitting power, and it’s a lot harder to put accurate hits on target.

Point being that if your life’s on the line, a handgun should be a weapon of last resort given their deficiencies. In other words, you don’t want to bet your life on one if you can choose to have a long gun instead.

Meaning, of course, that “muh pistol for bears!” is hedging your bets on what is, again, the worst tool for the task.

Another reality is that the best defense against bears is to not be an idiot in bear country.

By now, the information is all out there on bear safety. It isn’t mysterious as to what can reduce the odds of an encounter with a big bruin.

Keep food packed away and out of reach. Grizzlies and black bears have several times more olfactory receptors than a bloodhound and food smells attract them.

Don’t be quiet moving through their country. Bears are by nature rather retiring; they tend to prefer solitude and quiet and move away from noise unless they think it’s food or a threat. The old trick used to be tying bells or a can with some dried beans in it to your backpack.

And so on and so forth.

It’s also pretty well established by this point that bear spray is very effective, arguably much more so than any handgun.

Another thing that gets lost in the conversation is that the overall odds that you’ll be killed by a bear are incredibly low. The average for North America is fewer than 5 fatalities in North America per year for all bear species, and about a dozen attacks per year.

You’re much more likely to get killed in a fall, die from exposure or hypothermia than you are to get eaten by a bear. Base layers and jackets save more lives in the backcountry than big handguns.

Again, is this to say that people haven’t successfully defended themselves from bears with handguns? No. They have. DUH. This is to say that you’re better off with a long gun to start with, and that not only is the risk low, it’s lower still if you conduct yourself safely.

In other words, this bear pistol fetish is a little silly. A good thing to have in the backcountry, if it’s all you can pack? Sure, but people take it way too seriously and it’s time someone stated the obvious.