Handguns come in all sizes — and even a variety of shapes. There are many reasons for this, such as concealability, ergonomic preferences and primary uses. Pistols that might be employed for competition or hunting tend to be longer-barreled and generally larger, where those whose use is more likely to be personal protection benefit from smaller sizes.

In “way back” times, when I was younger, this distinction was almost always made by distinct models of guns, and sometimes even the brands themselves. Springfield Armory has been a pioneer in recent years in the “one model — many configurations” concept that we enjoy today. They also have developed standalone products ideal for a specific role, such as the Model 2020 Waypoint hunting rifle and the Hellcat RDP pistol for CCW.

But I think most of us appreciate the “many models” approach as well — I know I do. The XD-M Elite has been a hugely popular handgun platform since its introduction, and as it has made its way through its design evolution to today’s version, Springfield has offered it in more and more sizes and configurations. But what does not change is that it feels the same, operates the same, and — for the most part — looks the same, no matter which one you choose.

When it comes to these “same gun, different size” models like the XD-M, I’m always a bit curious what would be different if you select one versus the other. Is one more accurate? How about recoil management? Capacity differences… etc. So, when I can, I like to do a direct comparison — a head-to-head if you will. This led me to evaluate the 5.25” Precision XD-M Elite and the 3.8” Compact XD-M Elite OSP, and here is the long and the short of it.

Let’s start with the accuracy question because I think that’s the most subjective. Unless secured in a very expensive machine, firing highly controlled ammunition under ideal and identical conditions, accuracy is a matter of how well you and the gun mesh. Modern firearms and ammunition have achieved a technical level of precision that guarantees that I am the weak link in the chain. If that is the case, what then is the point of testing or comparing? Ergonomics and small differences can be big factors in how well I’m able to shoot the gun. It can be as simple as how comfortable one of my fingers feels when gripping it.

For this comparison, I chose two guns that are identical in most major specs but have significant differences in some key features or specs. Initially, my gut told me that I’d shoot the 5.25” pistol more accurately, because it has enough grip space for my full preferred grip, a much longer sight radius for a better aim, and will recoil less, making it less likely for me to anticipate or “flinch.”

Also, after reading the article on shooting the XD-M Elite at 200 yards here on The Armory Life, I knew the gun had a lot of potential.

To challenge the long barrel of the 5.25” XD-M Elite, I used the 3.8” Compact version with the optional mounted HEX Dragonfly red-dot optic. Sometimes I shoot optics better than open sights, sometimes I don’t — but I thought this would make it more fun.

The 5.25” has a very tall grip, giving me room for all my fingers and allowing them to invite over some friends. The 3.8” Compact squishes them together pretty tightly, leaving the pinky feeling a bit left out. Sometimes, just that different feel in the hand can make a difference in my accuracy with off-hand shooting. But on the other hand, it can equally affect me if there is extra real estate that my hands can’t fill. In other words, on any given comparison I never know what is going to matter most.

I found recoil to be a non-factor between the longer and shorter gun, due I think to the identical ergonomics that gave me great control over the guns. The deciding factor turned out to be the HEX Dragonfly. That was not a foregone conclusion by any means — but it matches up so nicely with the XD-M that it gave me a clear advantage that the groups demonstrated.

Lastly, when I’m doing any sort of head-to-head comparison, I love to dual-wield the guns for fun and demonstration (and it’s a viewer favorite). That often takes extra concentration because the controls are different, or because I can’t do much with the gun in my left hand — but it was a joy with these two fully ambidextrous pistols with identical controls!

Firearms in this video 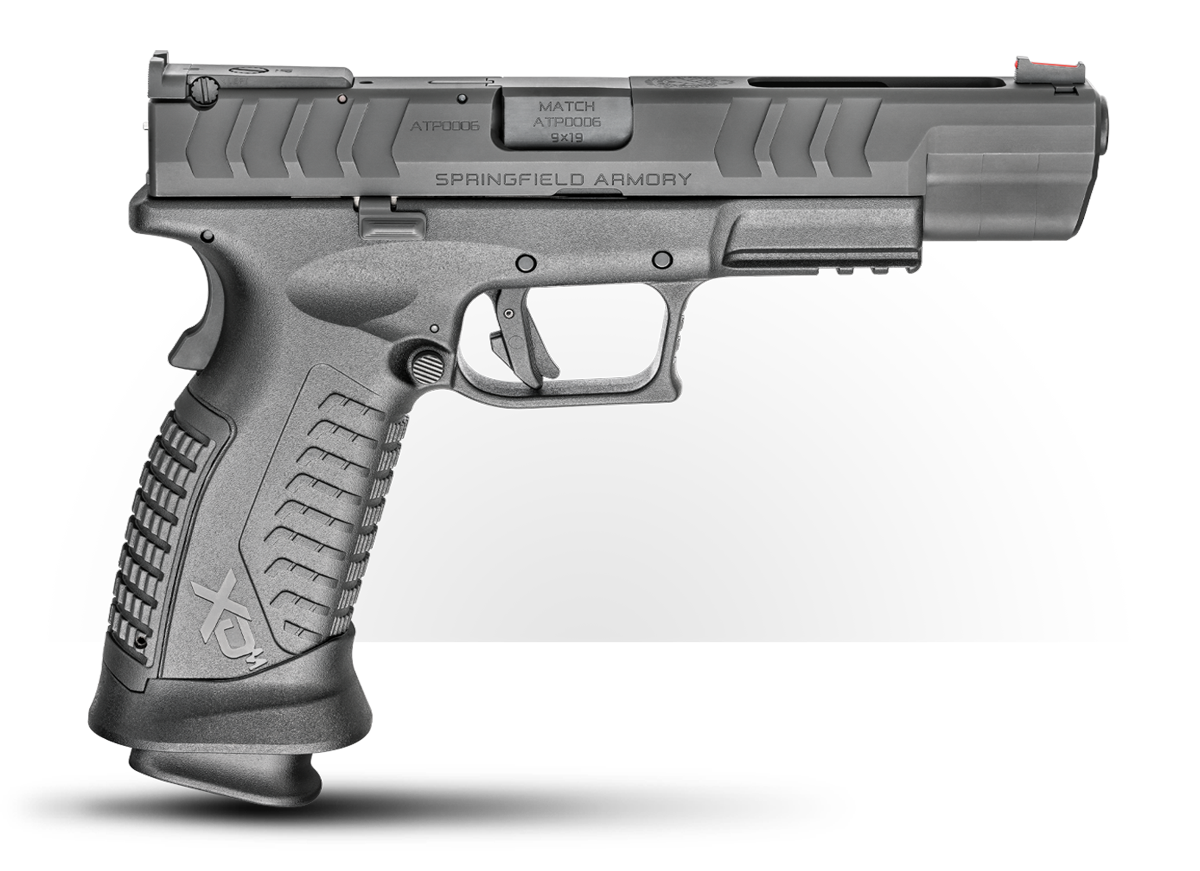 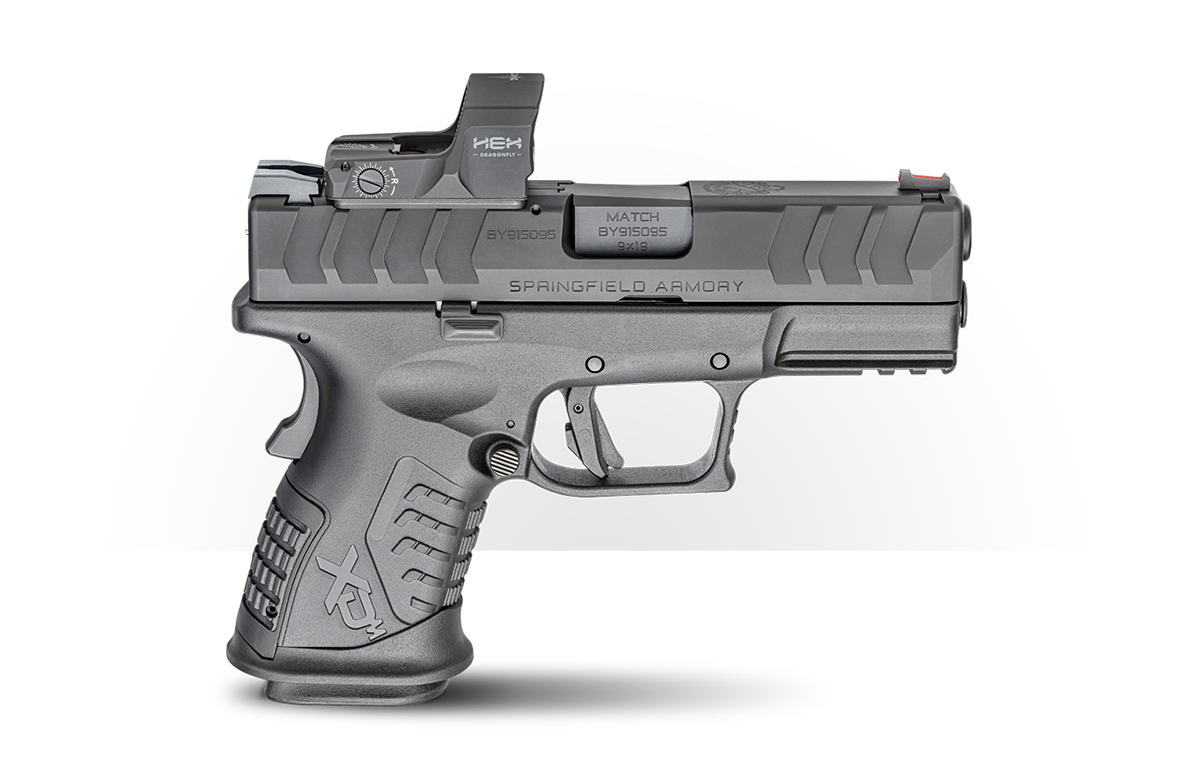