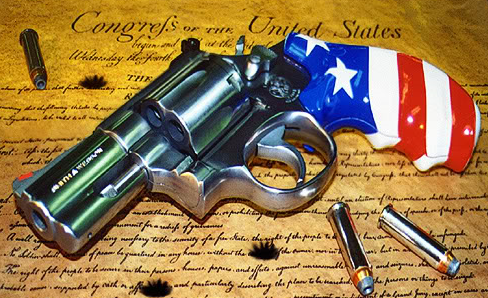 Revolvers Are Better CCW Pistols Than They Get Credit For

Yes, revolvers are perfectly good concealed carry pistols. Most of the reasons people say they aren’t are either ignorant, half-baked or just plain wrong.

But it’s also the case that getting the best out of a wheelgun as a CCW piece requires prudent selection, a lot of practice, and investing in some equipment.

There are some areas where they fall short of their auto-loading counterparts, of course, and certainly their modern counterparts. However, it’s also the case that those shortcomings are sometimes less important than some people insist they are.

So let’s dispense with some fiction.

Most People Use The Wrong Revolvers For Concealed Carry 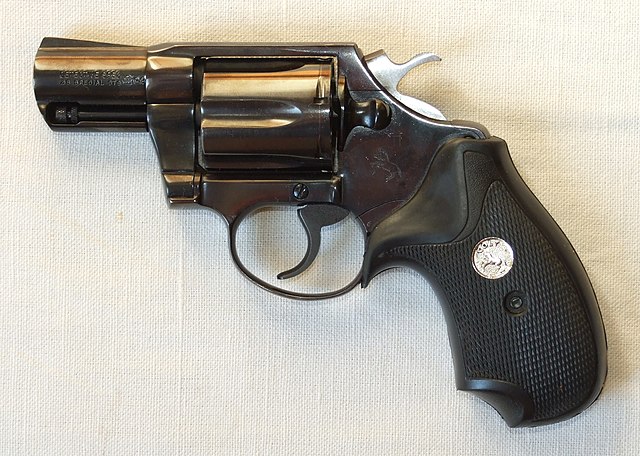 To start with, most people think of or flat out get the wrong type of revolvers for concealed carry. We refer, of course, to snubbies. They’re often called “a master’s weapon,” and a few shooting sessions with one will show you why.

The tiny grips, short sight radius and tiny fixed sights make accurate shooting more difficult than other types of handguns. Sure, an M&P Shield isn’t as easy to make hits with as a Glock 17, but it’s a lot easier than a J-frame.

Another aspect of the design is the short ejector rod, which sometimes makes clearing the empties a little problematic.

Point being, these are a class of tools that make the task harder.

On the other hand, a compact medium frame suffers from fewer hiccups. The grips are a bit larger, facilitating a better grip for a lot of people. The trigger reach is a little longer, which makes it easier to squeeze the go-pedal.

So instead of a J-frame, a better concealed carry revolver would be something like a round-butt K-frame or L-frame with a 3-inch barrel.

However, the price one usually pays is a heavier gun, as you wind up with a 6-shot gun that weighs more than most double-stack compact semi-autos these days. Ideal? No. Can you make it work, though? Absolutely.

Capacity Can Be Overrated

Don’t get it wrong. Are there instances where the carrying capacity of a gun mattered in real life? Absolutely.

Does capacity matter in the competitive shooting environment? It definitely can.

However, does capacity normally matter for a civilian carrying a gun or keeping one in the home for their own protection? There are instances where it has, but it’s incredibly rare and typically involves untrained, unpracticed shooters who empty their gun at the target.

Armed civilians generally don’t get into extended shootouts; when it happens that a person has to use a gun in defense of themselves, it tends to be quick, relatively close, and with few shots fired.

So what can safely be said is that the capacity of revolvers (typically 6, but sometimes 7 or 8 depending) is less of a hindrance than people like to say it is when you take the typical civilian defensive shooting into account.

The chambering can be less of a disadvantage as well. Standard-pressure .38 Special is anemic compared to 9mm, but .38 Special +P is right on 9mm’s heels in terms of velocity and ft-lbs of energy.

Since many compact medium-frame guns are chambered for .357 Magnum, the supposed advantage of 9mm can be abrogated with a compact maggie.

Some people have difficulty with a double-action trigger, but that is a training problem. Yes, reloads are slower but speedloaders help that process along for one and for two, capacity is less of a problem in the real world than people like to say. And slow reloads are more of a training issue than a design issue.

Is this to say we should ban standard capacity magazines and go back to double-barrel shotguns?

Heck no; so let’s talk about where revolvers fall down compared to modern semi-auto pistols.

There Are Plenty Of Real Reasons To Not Carry A Revolver

Snubbies are rather compact and light, but medium-frames get heavy in a hurry. The typical compact medium-frame wheel gun weighs as much as a Beretta 92, and those hold 15+1 or 17+1 of 9mm.

In other words, revolvers that are legitimately good fightin’ iron are big and heavy. Classic service pistols like a Beretta 92, Browning Hi Power or CZ 75 are too, but a big heavy gun that holds 15+1 (or more) and is soft-shootin’ is more easily put up with.

Many revolvers don’t have night sights and not many of them can have them installed. A lot of them have fixed sights unlike many semi-auto pistols, and that is a downside.

Almost no revolvers can mount a weapon light, which is silly; a weapon-mounted light is too obvious, too good of an idea, to not at least give yourself the option.

Let us also embrace this idea: iron sights are kind of dumb. Red dot optics make more sense, and will probably be the default sighting system in a matter of years. So far, few revolvers are easily fitted with them.

Then there’s the expense.

While Colt is getting back on their feet in the revolver game, Smith and Wesson and Ruger are pretty much THE game in town. Sure, Taurus is around too, but we all understand there’s hierarchy in terms of quality of product.

For compact medium frames, MSRP rarely dips below $800 for those brands and most models brush or exceed $1,000. That’s anywhere from 1.5 times to 3 times the cost of many decent, reliable and otherwise very good semi-auto pistols that are easier to cary.

So is it that revolvers aren’t good for concealed carry? Not really, no; a revolver is a perfectly fine fighting handgun that pretty much meets the needs of civilians based on what happens in actual defensive shootings.

However, it is also that there are other tools for the task that have more features that actually are beneficial, that are easier on the user AND are less expensive.