Bad News .40 Smith and Wesson Fans…The Haters May Have Some Points

Are the haters right about .40 S&W? Are all the bad things people say about it correct? A lot of people still prefer or use .40 exclusively, and may wonder if the naysayers are “right.”

Some aspects can be or are overblown, so if you’re committed to .40 S&W and can shoot accurately…it doesn’t matter. How well YOU can shoot is all that matters, and all that’s ever mattered.

So let’s talk about what the haters have right…but also what they have wrong. 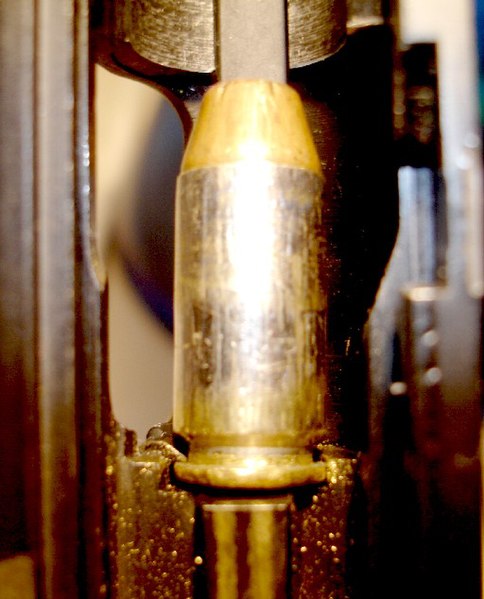 The .40 S&W cartridge is going to be harder on guns mechanically than 9mm is. There’s nothing you can do about it, either; it’s down to sheer physics.

The parent cartridge of .40 S&W is 10mm Auto, which is what you’d call a “large frame” cartridge. To make a gun that chambers and fires 10mm, it has to be the same frame size as for .45 ACP. Now, .40 S&W is the same cartridge, just with a few millimeters of case trimmed off.

When Smith and Wesson devised it, they put this shortened version of a big gun cartridge in a medium/small gun frame. While the powder charge was also reduced (along with a bit of chamber pressure) that doesn’t change the fact that .40 S&W is a shortened big gun caliber.

And why does that matter?

A heck of a lot more? Not really, but more, and remember – again – 9mm handguns (certainly of the time and certainly those of today) are designed for the forces involved in shooting 9mm, not necessarily those of .40 S&W.

…except if you actually take care of your gun like you’re supposed to.

Modern gun owners seem to have this perverse pleasure in how lazy they are when it comes to taking care of their guns, which is a damn stupid attitude to have about a life-saving tool.

Okay, so how does maintenance come into this equation? Mostly it has to do with one single part:

What a recoil spring does is compress under tension as the slide travels to the rear. After fully compressing, it pushes the slide forward into battery.

Now, the relative resistance to compression in a spring is called “spring rate.” The spring rate determines how fast or slow the slide is returning to battery. The inherent problem here is that manufacturers tend to give 9mm and .40 S&W pistols the same spring.

A gun working reliably depends on the spring rate achieving a balance between resistance and compression. It has to compress enough to let the slide fully cycle, but can’t be too soft or else the slide will slam into the back (and front!) of the slide or won’t return to battery.

A .40 S&W bullet leaves the muzzle with more energy (and sometimes more velocity) than a 9mm bullet. The spring has to have a little more resistance than that of a 9mm pistol to achieve the proper spring rate…but not so much that it beats the crap out of the barrel lugs.

The difference isn’t huge. In reality, a +5 percent spring (+10 percent at most) offsets the difference between 9x19mm and .40 S&W.

However, that little bit of difference slows the slide down enough to reduce wear on the gun…so long as you’re changing the recoil spring out every few thousand rounds.

So issues with .40 S&W isn’t entirely due to the cartridge; it’s also due to owners not taking care of their guns.

The Ballistic Advantage Of .40 S&W Exists Mostly On Paper

But what does the slightly heavier bullet get you?

About an extra 100-ish ft-lbs of energy on paper…but little in real life.

And even if the bullet failed to expand (which is actually common even with modern JHP) you were still hitting the SOB harder than you were with 9mm OR .45 ACP.

But what does that translate to in the real world?

Not a whole lot.

For starters, handgun calibers are WEAK SAUCE. All of them. The entire lot. The big, scary magnums start to have a bit of wallop, but even then they lag behind even the wussy rifle cartridges. Handguns just poke holes in things, and that’s it.

5.56mm – which absolutely is and ever shall remain a prairie dog cartridge – has more energy at 100 yards than a hot load of .44 Magnum does at the muzzle.

The extra 100ish ft-lbs of muzzle energy is basically bupkis; it’s like being second-to-last. You weren’t in last place, but you still didn’t win.

What stops people in fights is psychological trauma (OHMIGOD I WUZ SHOTTED!) musculoskeletal trauma (break the spine and stuff don’t work right!) or central nervous system trauma, and that’s it.

A handgun bullet with a bit of extra zip on it makes no difference; where the bullet goes (placement) and whom the bullet goes into (meaning the subject reacted with psychological shock rather than just getting more angry) is pretty much the entire ballgame.

None of those things depend on caliber. They depend on the subject and bullet placement.

Add to that the fact that 9mm ammunition has progressed so well that hardly any agencies (federal or otherwise) are still issuing it, and more and more are transitioning to 9mm every day. Sure, it’s MOAH POWAHHH!! on paper, but it doesn’t matter in the real world.

.40 S&W Is More Expensive And It Isn’t As Shortage Proof As You’d Think

It is also true that .40 is not as shortage-proof as some people insist that it is.

Now on a “buying a box in-store” basis you might be right, but not if you’re ordering in quantity. Also, .40 S&W available is at the mercy of supply chains, and during a shortage will initially be more available than 9mm but will dry up faster.

Okay, to explain something.

When there’s a rush on ammunition, it takes longer to get more lead and brass and other materials to make it. There may also be less of it to go around. And what does that mean for ammunition production?

One of the first things it means is that a manufacturer has to turn out the stuff that’s in demand first, and the stuff in lower demand second. And the stuff in higher demand? You’ll be better off making more of it than the same amount of the lower-demand product.

So if there’s a period of time where lead and brass are in short supply…the scheduled production runs of .40 S&W and other less-popular calibers are going to get the short end of the stick compared to 9mm, .45 ACP and .223/5.56mm.

In other words, if ammunition companies are having a harder time making enough 9mm to keep up…they are going to probably make LESS .40 S&W.

There isn’t really a law that says how much of what caliber they have to make every month. They may have contracts with various government entities that have to be satisfied, but that has nothing to do with you the end consumer.

So, more expensive and a lot less immune to shortage than people say.

It’s safe to say that there is little material benefit to .40 S&W. About the only exception is competition shooters who compete in power factor events. .40 S&W makes major, whereas 9mm does not, so that’s something at least.

However, it’s also the case that the skill of the shooter is almost all that matters. A good shooter is a good shooter and will be effective with 9mm, .40 S&W, .45 ACP, or even .22 LR. Shoot what you can make work really well.