One of the classic gun arguments is the forward assist on the AR-15/M4/M16 family of rifles. People have been arguing about this for decades, and in all likelihood aren’t going to stop.

The forward assist pushes the bolt carrier group into battery when it is not. If that sounds bad right off the bat, that’s part of why some people don’t care for it!

So, let’s hash out what’s what.

The Prosecution: The Forward Assist Does Bad Things And Was Added For Bad Reasons

On the “against” side, the forward assist was added for not exactly the best reasons and arguably does something that shouldn’t be done to begin with.

Specifically, you’re forcing the gun into battery when it’s not going into battery on its own, which arguably means either the gun needs to be fixed or the cartridge that isn’t feeding needs to be ejected.

If a gun isn’t going into battery because of an ammunition issue, clearing the malfunctioning cartridge is a better idea, followed by using better ammunition.

Also, the forward assist only works in case of a malfunction that’s minor enough for the bolt to be pounded into battery by definition, so clearly it isn’t the failsafe that many believe it is.

Why did it get added in the first place?

Okay, so when the AR-15 was being considered for adoption as the M16, the US Army (literally the US Army not “the army” meaning the armed forces as a whole) was just getting out its primary relationship with the M1 Garand and M14 family.

Now, thing about the M1 Garand and the M14 is that it has an open-top rotating bolt. If it goes out of battery, you can just smack the thing and presto – you’re in battery. You can’t do that with an AR-15.

Unless, of course, you add a mechanical assist. The Army wanted the redundancy of being able to force the gun into battery – which isn’t a good idea! – if needed. The US Air Force famously nixed it, and ordered theirs sans forward assist, so clearly some people within the echelons of the military felt it wasn’t entirely necessary.

So…the feature was added for reasons that aren’t necessarily great in principle and only because the people who asked for it were used to a different gun.

The Defense: The Forward Assist Can Be Useful In Some Instances

However, there is a school of thought that the forward assist is actually a useful feature in certain situations.

First is in the case of what we could call “adverse field conditions.”

Let’s say that you have a hypothetical person with a hypothetical rifle that’s due for some maintenance that there wasn’t time or materials available to perform. In fact, let’s say it was cleaning and lubrication or perhaps replacing the buffer spring.

An AR-15/M16/M4 rifle with a that’s lost some stiffness may develop issues returning the bolt to battery, as will a rifle that is in need of cleaning and lubrication.

If such a rifle has to be used in the field because the stuff has hit the fan or in some military context, it’s arguable that a forward assist can be useful if such a malfunction occurs. It gets it in battery and into the fight…provided those issues don’t cause the bolt to hang up later!

So, there is a setting in which a forward assist CAN be useful. Whether or not that occurs much in the field is another matter, but you can’t say that there isn’t the potential for one to be useful.

A forward assist is also useful in case you conduct a press check by slightly opening the bolt. Using the assist can close it after verifying the chamber is empty or full.

You can also close the bolt much more quietly with a forward assist than by hitting the actual bolt release, which may be necessary in some tactical situations or if hunting with an AR-platform rifle.

So, there are some instances in which a forward assist might be useful.

Is The Forward Assist Useless? 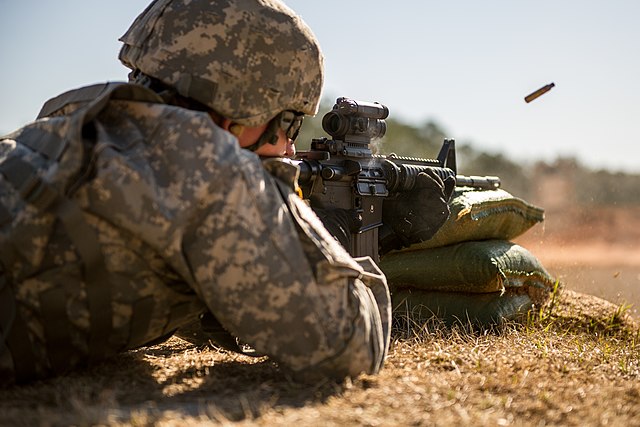 Ultimately, you can’t say it definitely is or it definitely isn’t, because it’s not like there’s any sort of empirical information definitively saying it was used X number of times in combat and works better than not having it.

The opinion of actual experts is that it is rarely if ever used or needed…but it would be better to have one than not to have one on a combat rifle.

And perhaps that’s the best answer. In reality, it’s best to know how to (and practice!) clear the rifle without using one, and also to maintain your gun so it’s never needed. But, if you ever need it, it’s there.

So maybe hating on it or declaring it totally useless is painting with too broad a brush, but it also isn’t unfair to say that the FA can be used inappropriately and that knowing how to clear a malfunction without using one is a skill you should acquire and practice.