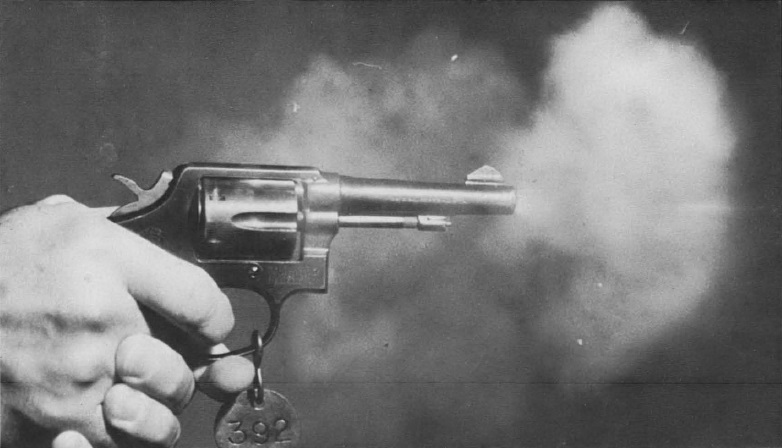 Fragmenting Ammo Is Awful And You Shouldn’t Use It

One of the ammunition gimmicks that some people seem to really get into is fragmenting ammunition, the various brands and boxes of ammo that breaks into a bunch of pieces in a soft target.

All the reasons why people like it are bunk, and there’s no good reason to actually carry it.

A lot of people get ideas in their heads, either from innocently not knowing much about terminal ballistics or because they actually believe the marketing materials from ammo makers, that have little to do with what happens in reality.

Unless or until somebody comes up with something that changes how bullets work, placement and penetration reign supreme. However, let’s talk a bit more about why fragmenting ammunition is awful.

Orderly Transfer Of Power: What Fragmenting Ammunition Does

So, what fragmenting ammunition does (frangible is related but different, so don’t equate the two) is break apart when it enters a soft target.

Here’s what happens: the bullet is manufactured so that the sudden drag from soft materials (as well as hydraulic pressure) cause the jacket to lose structural integrity and break apart.

Imagine squeezing a glass until it shatters. A fragmenting bullet is made to shatter, or at least parts of it are, when it’s fired into a soft target.

What marketing materials from bullet companies tell you is that this is causing MAXIMUM DAMAGE.

What basic physics tells you…is something else.

A bullet is fired from a gun with a certain amount of energy, which is a function of the mass of the bullet and the velocity it’s fired at. Now, part of what makes ammunition effective is how much of that energy is transferred into the target.

How, and how well, it transfers that energy has to do with bullet design. Now, for self-defense ammo to do its job, it has to dump that energy into the target while also penetrating deep enough to damage vital structures and stop the threat.

Ball ammo, or full metal jacket bullets, will dump some energy into the target, but aren’t slowed down enough to not exit a soft target.

And that is why most law enforcement agencies only use fragmenting or frangible ammunition in select applications rather than as a rule, if they do at all.

Overpenetration rarely harms anybody. Undepenetration can get you killed, as it means shots are not affecting a hostile target.

Birdshot And Fragments: Loss Of Momentum

So, the thing about birdshot is that birdshot is a bunch of tiny lead BBs. All that shot as a whole leaves the barrel at a certain velocity, but every single little pellet starts to lose velocity as the shot travels downrange and the shot spreads out.

Now, another thing about bird shot is each of those pellets has only a tiny bit of mass, so each one retains a tiny amount of energy. That’s why bidshot doesn’t penetrate deeply in gelatin or in people.

That’s also why buckshot does. A key difference is instead of dozens of tiny BBs, you only get 9 or so pellets of 00 buck, and each pellet of 00 buck is almost the size of a .380 projectile.

The idea here is that the better a projectile is able to retain energy, the better it will penetrate the target. Hence, buckshot and slugs are a better choice of defense ammo in shotguns because they are better able to do vital damage.

And that is part of why fragmenting ammunition is not the best choice of self-defense ammunition for a pistol.

What ballistic testing has reliably revealed for decades (oh…you thought those RIP rounds or whatever were a new idea? We have a bridge to sell you!) is that fragmenting and frangible ammunition dumps most of its energy into the first few inches of the target.

In other words, it does most of its damage at the surface. Ballistic gelatin isn’t a perfect analog for human tissue; it’s only partially as dense. So a bullet will do less of what it does in gelatin in an actual target.

What that means is those fragments are liable to barely get past the musculature, let alone into any vital structures, because the bullet is designed to break apart. The small fragments or what have you, just like tiny pellets of birdshot, have very little mass and therefore lose all their energy quickly.

The Surest Way To Avoid Overpenetration Is To Hit The Target

Consumers buy fragmenting ammo for one of two reasons. First is the mistaken belief that “extra damage” will result in better or more reliable incapacitation. Second is to potentially reduce the risk of overpenetration.

As to the latter, there’s a better way to make sure you don’t have to worry about overpenetration.

That is to actually hit the target.

Instances of overpenetration – meaning a through and through – resulting in injury or death of…well, pretty much anyone…are very, very rare.

In fact…they’re pretty much unheard of.

What’s not unheard of? Somebody shoots at a burglar or car thief or what have you and misses. The bullet goes into a neighbor’s house and kills somebody.

Therefore, the best way to make sure you don’t “overpenetrate” is to be able to hit your target.

As to wounding and incapacitation…

It isn’t new information that the only way to reliably incapacitate someone is a shot to the brain stem. That’s the light switch; turn that off, and it’s all over but the twitching.

Blood loss takes too long, and since the trajectory of fragments in tissue is unpredictable, it’s not like you know what or where you’re wounding anyway. So that isn’t reliable.

However, what causes a stop in most gunfights is actually psychological shock, which is entirely dependent on the person you put the bullet into.

This isn’t new information. This has been known about for decades. How anyone thinks anything else is usually down to complete ignorance of how the human body works or not doing one’s homework.

Bullet design has nothing to do with psychological shock. Being able to penetrate vital structures, however, does, and a projectile that by nature is less able to punch through bone and muscle…isn’t really the best tool for the task.

So you can get some if you want to. However, the reality is that a decent hollow point, placed correctly, is more effective by far.