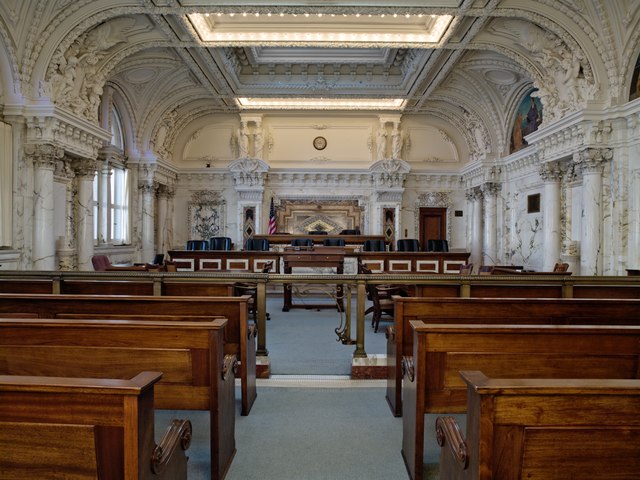 The Ninth Circuit Court of Appeals recently issued its opinion on Young v. Hawaii, a case that challenged that state’s restrictive concealed carry and open carry policies. The 11-member panel, in a 6-5 decision, held that there was no right to open carry.

The court used an arguably far-reaching justification to arrive there, but the crux of their argument is that there’s an absolute right to have guns in the home but the right to carry arms outside the home is more tenuous.

This case has some particularly onerous implications for residents of states in the Ninth Circuit’s jurisdiction. The decision is also somewhat at odds with Supreme Court precedent…but the nation’s highest court may not act as the savior of gun rights that many hope.

Let’s go over the decision, along with a bit of additional background of Second Amendment case law.

The Ninth Circuit Rules There Is No Right To Carry, Only A Privilege To Do So

The Ninth Circuit has handed down its opinion in Young v. Hawaii, a case that’s been before the court for some time.

For a bit of background, George Young – a retiree – applied for a concealed carry permit in Hawaii, being denied both times. The most recent was in 2011.

The state of Hawaii requires an applicant to demonstrate a compelling reason to carry a gun in public, as they are one of the few (and among the most draconian) may-issue states. Mere “in case of self-defense” is not sufficient.

Young challenged the denial, holding that the state was in effect infringing on his (and others’) Second Amendment right to carry and bear arms by not granting the permit. The case has been around for some time, and the Ninth Circuit has finally gotten around to it.

You can read the decision in full here. The gist of it is the following:

The Ninth Circuit examined Supreme Court precedent, finding little in terms of concrete precedent regarding concealed carry or open carry. In fairness, there really isn’t any except for one throwaway line in a SCOTUS case that had nothing to do with anything to do with guns.

When lower courts have nothing to go on from Supreme Court precedent, they look to whatever they can find from the Founder’s intent, as well as to English common law as the predecessor to US law.

The idea is that since the founders of our nation started as English subjects, English common law was their basis for legal philosophy. In fairness, it basically was.

English common law holds that free men have every right to arms, but also that the government (in their case, the Crown; in ours, the government) has a right to regulate or forbid carrying of arms outside the home, which the English did early and often.

A man’s home is his castle, but outside the home – the public space, public sphere, whatever you want to call it – is a common space, so it is natural and proper that possession of weapons there be so regulated.

Based on the lack of Supreme Court precedent, but a long history of regulating/forbidding the carrying of arms outside the home, the Ninth Circuit ruled there is no inherent right to openly carry a gun.

The Ninth Circuit had also previously ruled that there is no inherent right to concealed carry in Peruta v. San Diego.

In essence, what they’ve ruled is that we, the citizens of the United States, have no right to carry a gun in public. If our state of residence allows us to, whether by constitutional carry law or by virtue of having a permit system, it’s merely a privilege.

What Does This Mean For Now?

What this means for now is that George Young and anyone else in Hawaii that had their permit denied is out of luck. Anyone denied a permit in California considering bringing suit is too.

It’s worth noting the Ninth Circuit hasn’t touched the suit’s claim that Young’s right to due process was also infringed. The court held that since Young hasn’t requested or had a hearing in Hawaii, process hasn’t actually occurred and therefore is moot, whatever that’s worth.

Granted, that point is almost certainly moot. Even if Young had had a hearing about the permit denials in Hawaii, it would be whether his right to due process had been observed in trying to get something that he wasn’t entitled to anyway.

According to the Ninth Circuit, anyhow.

The Onerous Implications Of Young And Peruta

With that said, the ruling does have some unpleasant implications.

The obvious and particularly unsettling implication of the Ninth Circuit’s ruling in Young, combined with their ruling in Peruta, is that the largest appellate court circuit in the nation has essentially said that there’s no right to carry a gun in public.

You might think that the mere text of the Second Amendment countermands those rulings. After all, it says “carry and bear arms” pretty clearly!

And the constitution also says that anything that it doesn’t explicitly spell out is left to the states or the courts to decide.

In essence, what the Ninth Circuit has ruled is that any state that doesn’t want to offer its citizens any pathway whatsoever to carry in public (openly or concealed) is free to do so, so long as the general ability to have guns is not disturbed.

Now, California and Hawaii are already hostile to gun rights. Other states in the Ninth Circuit’s jurisdiction – namely Montana, Nevada, Idaho, Arizona and Alaska – are not.

However, two states in the Ninth Circuit’s jurisdiction – Oregon and Washington state – are much more precarious when it comes to gun rights.

Neither state is necessarily hugely restrictive when it comes to concealed carry or owning guns (both are shall-issue states) but both state governments are dominated by liberal lawmakers that ARE hostile to gun rights.

Both states have one large metro that tends to dominate state politics; Portland in Oregon and Seattle in Washington state. Both cities have very, very liberal voter bases.

Presumably, both states could enact legislation repealing their shall-issue carry laws, converting them to may-issue or reverting further to no-issue policies.

That is, of course, presuming the case isn’t appealed to the Supreme Court…

…but the Supreme Court might not be any help. While the court would seem to have a conservative edge, that doesn’t mean they’ll grant certiorari, let alone overturn Young.

Concealed Carry And The Supreme Court

Partially, that’s due to the “public policy” issue. The constitution establishes that there are some things the federal government has absolute authority over, but everything beyond that is left up to the states to decide for themselves.

Concealed carry is a great example. The Second Amendment only says we have the right to carry and bear arms, but doesn’t specify what that means. Therefore, concealed carry is a public policy issue; it’s up to the states to decide.

As far as carrying a gun is concerned, there are really only three cases that have anything to do with it…and nothing that directly deals with the issue of whether or not concealed or open carry is implied in the Second Amendment.

Again, you or I might think it’s rather obvious. Remember, though, that the Supreme Court is and has to be extremely careful with the cases they accept and the precedent they set.

The closest Second Amendment cases to date are McDonald v. City of Chicago and D.C. v. Heller, which aren’t concerned with concealed carry as much as they are with the right to have guns for the purpose of personal protection.

In both cases, the court upheld that Second Amendment rights are incorporated rights, meaning that they are inherent to US citizens under the US Constitution. In other words, you have an inherent right as an American to own a firearm.

The court also held that personal protection is part and parcel to the Second Amendment; the right to carry and bear arms is for self-defense just as much as it is for militia purposes.

So, we have an absolute right to own firearms so long as we haven’t been deprived of that right after due process. And we have that absolute right not only as part of an ostensible militia, but also for defense of ourselves and our homes.

However, the court has had almost nothing to say, explicitly, about open or concealed carry…

…except for one fleeting mention in an obscure case from 1897. The case in question, Robertson v. Baldwin, has nothing to do with concealed carry or guns at all, and it’s only mentioned in passing as an analogy. However, it might inform what the court might do.

While that may seem foreboding, what you have to remember is that only one state allowed concealed carry (Vermont) at the time. Open carry was allowed by pretty much every state, it’s just that concealed carry wasn’t.

Now, what would that mean?

The court COULD rule that since carrying a gun is inherently done for self-defense, which we have a right to have a gun for, the states can’t forbid one or both carry methods in the public sphere. Doing so would be an infringement of our Second Amendment rights.

That wouldn’t mean constitutional carry for everyone; even the court’s conservative justices made it clear in McDonald and Heller that Second Amendment rights are not unlimited by any means.

So if you’re hoping for de-regulation of machine guns and constitutional carry for everyone, the Bears will probably win the Super Bowl before that happens.

Instead, it would ostensibly mean that either open or concealed carry has to be legally available for US citizens who aren’t otherwise prohibited from possessing firearms and for the purposes of self-defense.

IF, that is, the court were to A. hear the case, B. decide that concealed or open carry is implied and therefore part and parcel to the Second Amendment, and C. have anything to say about licensing and permits…and that’s one BIG “if.”

Maybe the Supreme Court will get involved, and frankly it’s high time they did given how wildly inconsistent gun laws can be nationwide. But they may also sit this one out. Time will have to tell on this one.